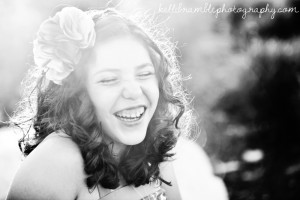 We are celebrating today for two reasons. Today Natalie turns 12 years old; and in ten days Natalie and our family will experience a milestone: her first year with no seizures. Natalie has had seizures since she was six months old. She has lived with seizures and epilepsy in some form her entire life. Natalie’s life and ours are changing in ways that are profound and inexplicable.

It has been 355 days since she experienced her last seizure, and since her surgery was performed. In almost a year’s time we have experienced a normalcy that is unheard of for us. July 26 is what we call Natalie’s second birthday, and we will celebrate that with an EEG in the morning and with cake at night.

At six months of age, Natalie was diagnosed with cerebral palsy, epilepsy and left hemiparesis caused by an inutero stroke. Since that diagnosis she has been on combinations of anti-seizure medications and the ketogenic diet with sometimes temporary, but mostly partial successes to control her seizures. Through all of this Natalie has been a very happy, outgoing, and social kid. On July 26, 2011 Natalie went to Primary Children’s Hospital for a Pediatric Peri-Insular Hemispherotomy, a surgery that would disconnect the stroke-damaged right hemisphere of her brain by cutting the corpus callosum, and removing a walnut sized portion of her right temporal lobe. The surgery was the last option to stop her seizures.

Before this year, Natalie could have up to ten seizures each day. Mornings started by waking her up to come downstairs for breakfast. She invariably drank enough milk to swallow her anti-seizure meds. We would coax her to stop talking long enough to eat a few bites of breakfast before getting dressed for school. Somewhere in that time each morning a seizure would strike, forcing her into the awkward position: left arm raised, head tilted to the left, her eyes turned, her breathing rapid as she became rigid. She generally felt her heart race right before the seizure and would startle up from the chair, or attempt to race to us as the seizure set. We would catch her in her chair or hold her in our arms, or in the cases that she fell to the floor we would hold her until it passed.

Seizures happened outdoors, in stores, at the theatre, in the pool, on the stairs, in the bath. We were wary for when they might occur. We were always with her, and purposely disregarded the looks from passers-by when Natalie had a seizure in public.

In addition, lack of sleep, dehydration, changes to diet, minor infections, or sickness could trigger more frequent, aggressive seizures. A peculiar trigger for Natalie was change in light – turning the light on in a dark room could cause a seizure. She would get nervous when she dressed for fear that we would take too long removing or putting on a shirt as it went over her eyes. Natalie would have seizures at night while in bed, and for that reason she regularly slept between us. Each seizure was counted and became an event to capture so we could track to know if the frequencies or durations were maintaining, or going up or down.

On January 8, 2011 we woke up at 4AM with Natalie vomiting, and a 100 degree fever caused by a mild ear infection. Fevers typically mean seizures, and the worst seizure we have ever witnessed occurred before 7AM. She stopped breathing, and it scared the hell out of us. After a morning at Primary Children’s Emergency Room, it became the day that set our resolve. Natalie’s seizures were becoming life threatening. We wanted her to be here with us. Tests in preparation for the surgery were already underway, but we knew our decision was made when we were given the final recommendation to proceed with surgery.

Since the surgery we have counted days, then weeks, then months. 100 days passed, then six months. Natalie has maintained, and although we have some concerns there have been no visible seizures in the past year. On her one year anniversary after surgery Natalie will have an EEG in the morning so that her neurologist can see whether any seizure activity is still there, potentially hiding but not entirely visible to us. With good news she begins to taper off of her anti-seizure medications. Regardless of that outcome she has a new chapter on her life, and we intend to celebrate that.